Again - another amazing day filled with joy, encouragement, and company!
Breakfast was just as amazing as the day before (maybe even more-so).
We had individual training by endorser today. Even though the NAE endorses both the EFCA and C&MA, each group is its own endorser under the NAE umbrella. So the NAE group is what I am a part of. We met together in a small group (totally packed it out), was blessed by Paul Vicalvi's message ("The Glory of God & and the Law):


After this time of fellowship, I met quick with the EFCA endorser to practice in the music band for the following morning. Right after this I met....PASTOR CALL for lunch! Pastor Call was my old pastor from Grace Church in Roseville, MN. He is now "retired" here in CO Springs with his family. It was wonderful to catch up with him over buffalo burgers across the street. He took me around the city and gave me a brief tour, then brought me to his new home so I could see Mrs. Call as well! We had a great time!
Shortly after this I had a tour to the Garden of the gods. After this was a banquet at the AirForce Academy - with our speaker being The Honorable Allen Clark. There was a wedding reception going on behind the portable walls, so it was a bit distracting - but over all, the banquet was great!
After the banquet, I got a ride with Jeremy and Julia and picked up a shake from Chick-Fil-A! Great way to end the day! 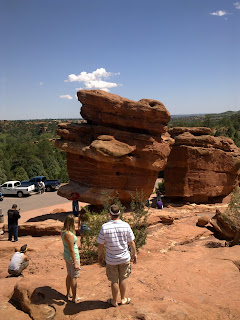 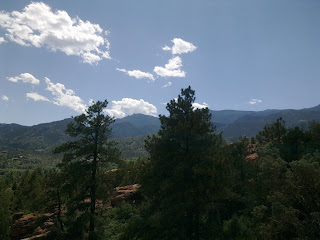 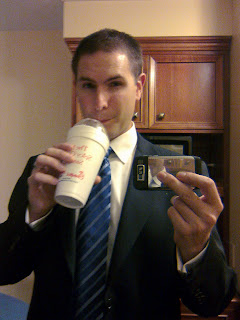